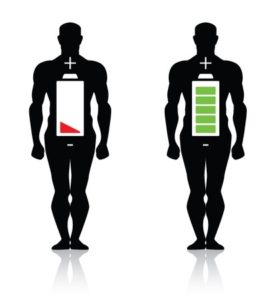 The title of this article says it all. When the established system of medical practice is viewed realistically, it must be concluded that two objectives are in play.  “Health”Management in the sense of achieving physical wellness and “Wealth” Management in the sense of optimizing associated financial rewards, which are clearly at odds with each other. It is a critical issue with regard to medicines. Should both objectives merit equal consideration or does public health demand priority on ethical grounds?  Given the choice of how tax revenue is applied, a majority would likely put health matters in first place or jointly alongside national defense.  Addressing these objectives depends on resolution of opposing views between “government managed” or “privately operated” systems.

The cost of health management centers primarily on Hospitals, Physicians and Medicines.  With regard to medicines, the Food and Drug Administration (FDA) wrestles with a major conflict between food and drugs resulting from their inclusion under one regulatory agency.  The conflict constitutes the exclusive legal use of approved drugs in modern medicine and the exclusion of foods as approved medicines. Despite obvious facts that foods have been used safely as medicines over thousands of years and currently by a majority of the world’s population, they are still denied approved drug status. Such regulation prohibits not only “claims of cure” but also the right of manufacturers to market their food products as alternative treatments for disease. This total rejection of foods as safe and potentially efficacious medicines clearly demonstrates the conflict of an agency operating with biased regulatory preferences. The apparently less than enthusiastic attitude of the FDA to the approved categories of medical and functional foods lacks recognition of the reality that plants performed medicinal functions long before the advent of pharmaceutical drugs. In the event that a patient is notified by physicians that no approved therapies or drugs can prevent their demise, they are summarily denied the option of purchasing alternative unapproved treatments. Compliance with the “established system” mandates the exclusive manufacture of approved pharmaceuticals in the treatment of disease which contrasts with the First Amendment Principle that no “religion” be established.  Since many faith based groups believe that plants are a gift from God not only to nourish but also heal their bodies (Ezekiel 47:12), the exclusive legal establishment of FDA approved drugs conflicts with religious beliefs and practices.

The declared intention for maintaining approved drug exclusivity is legislative protection against potential scams by manufacturers of unapproved drugs, including foods implying treatment capability. Relying on foods as remedies for disease would necessarily impact approved drug sales and therein lies the conflict for a government agency regulating both food and drugs.  For thousands of years, foods have supplied the needs of nourishment and medicine while pharmaceutical drugs have contributed to medicinal remedies for about one hundred and fifty years, but never for nourishment.

An additional issue of conflict involves the exclusive use of single compounds (approved drugs) as approved medicines.  Single molecule medicines are designed and delivered to the liver by attachment to specific polymers, where functional biochemical pathways result in inhibiting the progress of the target diseases. Conversely, foods comprise multi-compounds, each functioning in the provision of energy and necessary nutrients, medicinally as direct biochemical activity, catalytic and biochemical pathway regulation. Foods are essentially preventive and defensive medicines in support of the immune system. The advent of pharmaceutical drugs caused a diminution of foods as medicines by providing simpler and less costly analyses as single compounds, at least initially. Currently, the cost of a drug from development to approval is $2.6 billion.

Traditionally, foods have been recognized as complimentary combinations of compounds, constituting a biochemically balanced system. By contrast, the single molecule character of drugs bypasses the immune system by inserting a direct pathway means of controlling or eradicating disease. The downside risks relate to the time/concentration occurrences of unintended pathways called “side effects”. These may be major or minor in consequence but highly likely in occurrence over the course of time. Current risk analyses techniques cannot guarantee scientifically acceptable levels of safety, despite the high costs of several stages of clinical tests. The generally regarded as safe (GRAS) categorization of most foods would result in major cost savings if and when acknowledged as approved medicines. The exclusivity of pharmaceutical drugs is only justified in application to the treatment of acute diseases because of the short time available to avoid ultimate demise. In the case of chronic diseases, their application constitutes high risk on a time/concentration basis and the number of drugs prescribed in a daily regimen, particularly with regard to liver and kidney damage. In such circumstances, the safest choices are alternative medicines (specific foods) either alone or in complementary combination with low dose, short duration pharmaceuticals. A continuation of present medicinal practices and protocols will prove deleterious to public health.

Expenditures per drug incurred in development through approval reached $2.5 billion in 2013. Investor returns are obtained through both domestic and foreign revenues. Subsidies from government grants, philanthropies, tax payers, profitable insurance providers and patients also constitute financial sources. Forbes currently estimates the cost of creating a new drug at $5 billion. Consider these costs in the knowledge that nine five percent of experimental drugs fail. A significant portion of drug costs relate to proving safety, whereas foods as medicinal remedies have proven to be essentially safe for thousands of years.

What an egregious scandal when natural remedies involving plants and herbs can potentially perform as treatments for chronic diseases at only a fraction of the cost. How much more beneficial would it have been to have invested in Food Science Research for the last diversionary century of wasted opportunity instead of mandating the exclusivity of drugs in medicine?  The recent advent of immuno therapeutic drugs evidences the fact that the immune system is the physiologically preferred system in the treatment of disease. Why so long to figure this out?  It seems that wealth management rules over health management in our irrational world.