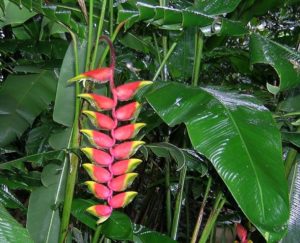 In order to distinguish between “medicine” referencing the practice of diagnosing and healing bodily ailments on the one hand and specific remedies such as prescription drugs and dietary products on the other, the following definitions are proposed.  The term “medicine” should apply to the practice of medicine specifically and the plural form “medicines” to remedial substances.  Consequently, the subject title “True Medicines” refers solely to remedies.

Since the dawn of human existence, there has been an instinctive and observed realization that survival depends on food in its available forms. Hunting and farming provided a means of maintaining and prolonging life while defending against predators and the environmental hazards of the times. For our forebears as for us, food provided energy, physical mass and defense against disease through a biological immune system.

The natural concept comprises the basic interplay between physiological processes and food chemistry, which may be described as synergistic and complementary. Human existence and survival relies on this fundamental relationship. Food provides energy, cellular mass and support of the immune system in the prevention of disease. The immune system promotes defensive actions as distinct from curative ones.  Prevention and cure are separate objectives in counteracting diseases.

Prevention of disease pre-supposes that although some attack has already occurred, it has not been able to initiate imbalance in the physiological status of the body. Prevention is achieved as long as a state of balance (homeostasis) is maintained. Cure applies only when imbalance has actually commenced and is subsequently reversed.

Physiological processes including the immune system operate at the cellular level. Food chemistry and cellular interaction provide the optimum conditions for a balanced system (homeostasis) in a complex of potential reactions, both compatible and conflicting. Such balance and imbalance in resulting biochemistry is caused by external agents, environmental conditions and the internal processing of food.

The interaction between the components of food and body cells includes biochemical pathways and maintenance of balance in the physiological system. It is logical to assume that food constituents perform distinct functions in the digestion, absorption and metabolic processes. Certain of them follow specific biochemical pathways, while others perform catalytic, signaling and “pathway control” functions in the overall physiological system of preserving balance (homeostasis) and ensuring naturally designed outcomes.

Free radicals are formed when weak bonds split, leaving a molecule with an unpaired electron and the need to steal back a replacement from the nearest available stable compound. This creates a chain reaction with yet another free radical striving for stability. A resultant cascading effect causes disruption and potential damage to living cells (DNA).

Maintaining balance is achieved by ensuring that free radicals do not outnumber their antioxidant counterparts, thereby limiting their impact on the DNA. Processing food for energy in the form of Adenosine 5’-triphosphate (ATP) requires sufficient oxygen to burn glucose primarily from carbohydrates and secondarily by burning fats and proteins. Metabolic processes result in the attendant production of free radicals, which in turn need to be neutralized through reactions with other molecules. Cellular activity leans towards neutralizing them with offsetting anti-oxidants.  DNA damage and resultant health issues are caused by the inability to neutralize free radicals. This is better achieved by the valence of sharing electrons rather than “stealing” them.

From the wellness standpoint, carbohydrates constitute the optimum energy source in conjunction with oxygen. The body strives for a balance between food ingredients and available oxygen to neutralize free radical effects. When fatty acids within the cells are required to react with glucose for energy, damage ensues and insufficient oxygen availability creates imbalance in individual metabolic processes.

Reaction pathways produce molecules, which impact disease mechanisms. They may also engage in other “errant” pathways depending on time/concentration factors and manifesting as “side effects”, specifically symptoms of additional disorders.

As distinct from pharmaceutical drugs (single molecules), whole foods comprise many individual compounds performing a multiplicity of functions in the physiological processes.  It seems logical to assume that the natural system provides for the enzymatic activity of certain components, which prevent such errant migration along malevolent reaction pathways. The various compounds in whole foods provide a combined order of physiological “checks and balances” analogous to our traffic control system of stop signs, one way entries, traffic lights, road signs etcetera comparable to biochemical signaling, cellular receptor sentinels and immune system support mechanisms generally occurring in the physiological processes. Single compound pharmaceuticals are not provided with such a functional support system. Consequently, circumstances may prevail whereby alternative biological pathways occur in addition to the designed one, resulting in unintended side effects.

THE ADVENT OF PHARMACEUTICAL MEDICINES

In the early part of the twentieth century coincident with the discovery of penicillin, the use of pharmaceutical medicines overtook traditional natural forms such as willow bark “tea” and many herbal remedies. They afforded “chemically” simpler compounds to be applied as medicines more conveniently and consistently. They postulated the concept of an “active ingredient” and single molecule application in the treatment of disease.  Drugs are designed to inhibit the progress of disease through specific biochemical pathways.  As single compounds, they lack corrective enzymatic molecules, comprising the multi-component composition of foods. Consequently, foods comprise an integrated medicinal system, distinct from specific pathway designed pharmaceuticals.

Pharmaceutical drugs should be logically applied to acute diseases requiring emergency treatment as distinct from longer term chronic disease application where the negative effects of time/concentration errant pathways will occur more frequently. Such considerations inevitably lead to a rational concept of meaningful integrative and complementary medicines.