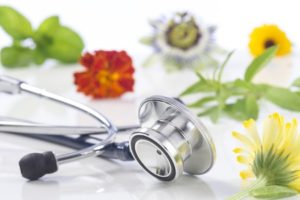 From the beginning of human existence, the immune system has been the primary method of defending against and preventing disease. Its ability to function successfully depended upon diet and physical activity. A little over a century ago, synthetic drugs provided an alternative, more direct way of inhibiting the progress of disease and providing emergency remedies for acute cases.

It is becoming apparent that this practice of medication has been accompanied by significant and increasing negative events including the risks of side effects and excessive production costs. The current cost of developing a drug from concept to final approval has reached 2.5 billion dollars. Consequently, the manufacturers are concentrating efforts on “immunotherapeutic” drugs that assist the immune system to operate more effectively by removal of disease defense mechanisms.

Healthy diets and life styles in conjunction with herbal medicines have provided a means of achieving similar objectives without the attendant risks of pharmaceutical drugs. This is evidenced in the annals of traditional medicines over centuries of use. The circumstances have initiated a “Back to the Future” circumstance that vindicates natural medicine approaches. CellQuest original liquid food supplement has been successfully applied to the natural solution as indicated by the early laboratory tests carried out at Moffitt Cancer Center by Dr. Ping Dao and associates as well as other institutions several years ago. This research followed the similar principles of destroying disease defense and camouflage enzymes as newly developed immunotherapeutic drugs.

One thought on “CellQuest Education Series: Back to the Future”